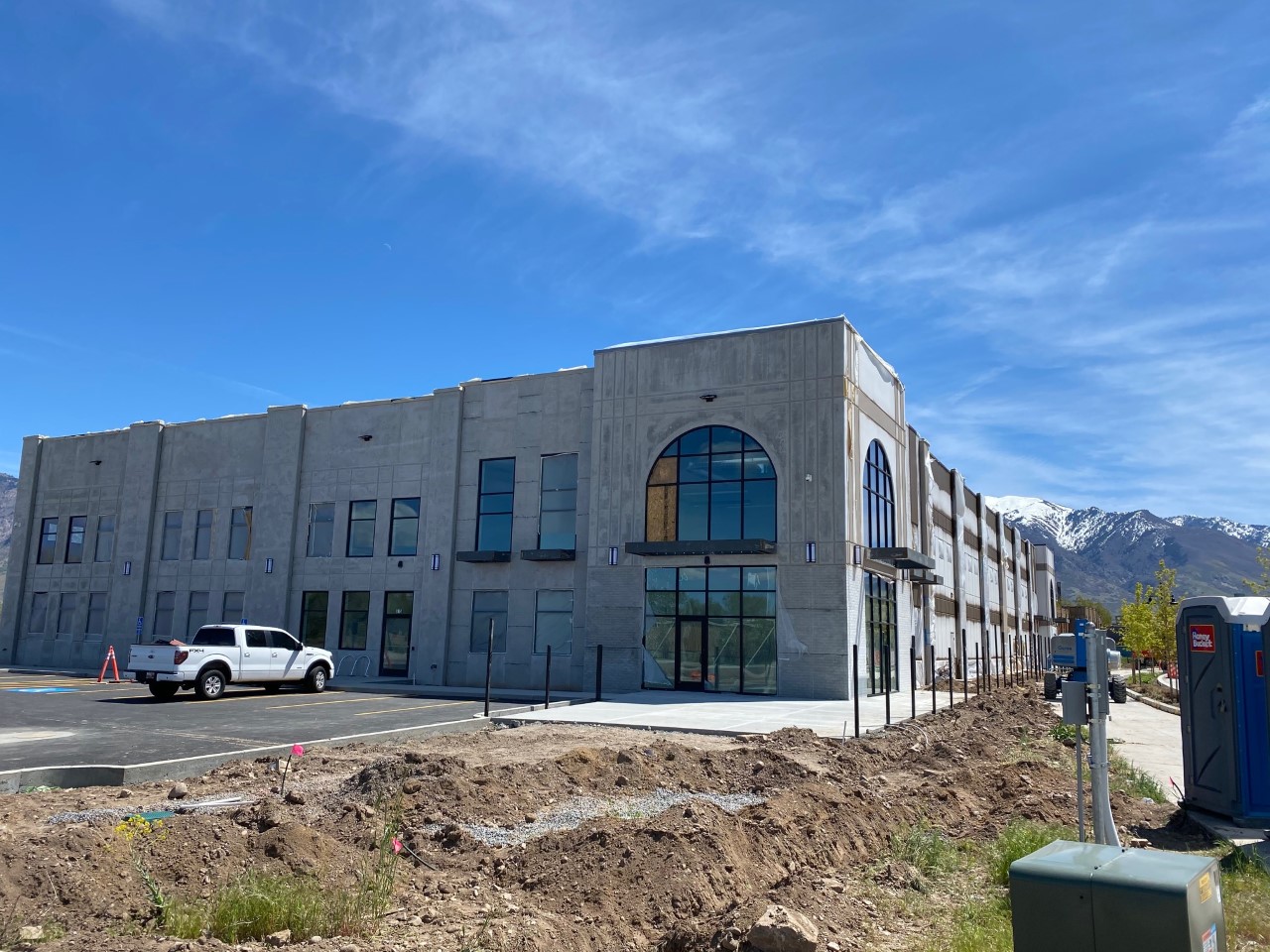 Ogden’s Own, an award-winning leading distiller of craft spirits and the largest independently owned distillery in the state of Utah, officially cut the ribbon on its new distillery facility today, which is now fully operational and open for business. The massive, 32,000 square-foot multi-purpose facility was constructed from the ground-up with the primary goal of helping Ogden’s Own continue to scale the distillery’s growth fueled by massive regional popularity. Allowing for a 10-fold increase in production, the new home of Ogden’s Own will serve as a local landmark in the Ogden community for both residents and visitors alike.

The new Ogden’s Own distillery is located at 615 W. Stockman Way, across from Rooster’s B-Street Canning and Brewery site. The facility is part of the historic Ogden stockyard area off 24th Street, a burgeoning hub dubbed the Ogden Business Exchange which has been developed into one of the fastest-growing hives for innovative local businesses in the region. In addition to its vigorous production capabilities, the new Ogden’s Own facility is far more than just a distillery – the multi-million dollar building features a bar, which will serve as a tasting room for guests to sample Ogden’s Own products, as well as a retail shop for Ogden’s Own products and an amphitheater. Ogden’s Own intends to use the amphitheater to host events with local musicians and artists, with plans for a full-scale concert series on the horizon.

“We take tremendous pride in educating the public about Utah’s colorful local history through our passion for distilling, which has only grown stronger over the years,” said Steve Conlin, President of Ogden’s Own. “We’ve evolved from a two-person startup conceived on a hope and a prayer a decade ago to a multi-million dollar operation, and with that has come a sense of responsibility to both serve and reinvest in our local community that helped us get here. As we continue to scale our business, our belief is that our new distillery will operate as a vehicle for us to parlay Ogden’s Own into national success while also serving as a gathering place for both local fans of our brand and tourists to experience our spirits as well as appreciate the work of some of the awesome creative folks in our area.” The official opening of the new Ogden’s Own facility, which first broke ground in July 2019, comes on the heels of an unparalleled time in the 11-year-old company’s history. Ogden’s Own has long been vocal about the role that the local community has played in the distillery’s success. In response to the COVID-19 pandemic, which has dramatically impacted the entire food and beverage community across Utah, Ogden’s Own swiftly pledged to donate 100% of profits made during March and April 2020 to various community-focused funds to support local bartenders, chefs, and service workers. Additionally, and perhaps unfathomable before March, Ogden’s Own became one of the nation’s first distilleries to shift its operations to begin producing hand sanitizer. The company has escalated production volume on a weekly basis, with more than 11,000 gallons produced to-date and the capacity for 7,000 gallons to now be produced on a weekly basis. Ogden’s Own hand sanitizer, dubbed “Five Wives Hand Sanitizer” and featuring the brand’s iconic “Five Wives” adorned in French Maid attire on the label, has been provided to entities ranging from first responders and local medical facilities to large regional corporations across the United States, government employees, and local residents.

Founded in 2009, Ogden’s Own’s first product was Underground Herbal Spirit, which was met with immediate acclaim, winning a Double Gold Medal from the prestigious San Francisco World Spirits Competition in 2012. The distillery then released Five Wives Vodka, which the brand is perhaps best known for today due to the national notoriety it received upon hitting the market. The name “Five Wives” was such a topic of controversy within the conservative-leaning Utah and surrounding states that Idaho refused to sell the product, prompting a national lawsuit where Ogden’s Own ultimately prevailed. Today, Ogden’s Own remains devoted to championing freedom of expression and offering its handcrafted, gluten-free products at an accessible, affordable price point.

Madam Pattirini Gin
Made from Juniper, Bergamot, Coriander, Cardamom, Nigerian Ginger, and Sicilian Lemon.
Handcrafted and produced through a small run of fewer than 1,000 bottles at a time – all bottles are hand-numbered by the batch and bottle.
Flavor Profile: Delicate juniper taste rounded out with complex citrus finish.
Inspired by the story of Morris Young, son of acclaimed Latter-day Saints founder Brigham Young, who began publicly performing across Utah as a crossdressing singer under the pseudonym Madam Pattirini in 1885.
Recipient of prestigious industry acclaim including Tastings.com International Review of Spirits (92 Points), Las Vegas Global Spirits Award (Gold Medal) and Best Contemporary US Gin at the 2019 World Gin Competition in London.

Underground Herbal Spirit
Handcrafted herbal spirit distilled from corn and blended with a mix of 33 herbs and spices, creating a sweet yet complex flavor experience.
Flavors include a mellow blend of cassia, angostura, anise, cardamom, gentian, yarrow, wormwood, mate, guarana, ginseng, molasses, orange oil, lemon oil, spearmint, pure cane sugar, agave and plum.
Best enjoyed as an ice-cold shot, digestif after meals, and a versatile mixer with other liqueurs and mixers.
Lower amount of sugar (about half the amount of the average liqueur) results in a smoother, less-viscous, less-syrupy shot.
Recipient of prestigious industry acclaim including Double-Gold at the San Francisco World Spirits Festival (2010)

Porter’s Whiskeys
Small batch rye aged in heavy charred, new oak barrels for over three years, combining the smoothness of Canadian whiskey with the most divine ingredients to deliver well-balanced flavor.
Aged for over three years at 111 proof and blended down to 90 proof with Ogden’s Own Distillery’s signature water blend.
Porter’s Fire: Sweet but not sugary, berry and spicy but not too hot
Porter’s Peach: Aromatic without being too sweet with a smooth finish
Porter’s Huckleberry: Sweet-smelling but not sugary and perfect in a mixed cocktail
Porter’s Apple: Fragrant without tasting like a syrup designed to be used in a variety of mixed drinks

Beginning today, the new Ogden’s Own distillery will be open five days a week, 11 am-5 pm MST. For more information on store hours, events, concerts and other happenings at the distillery, please visit OgdensOwn.com.