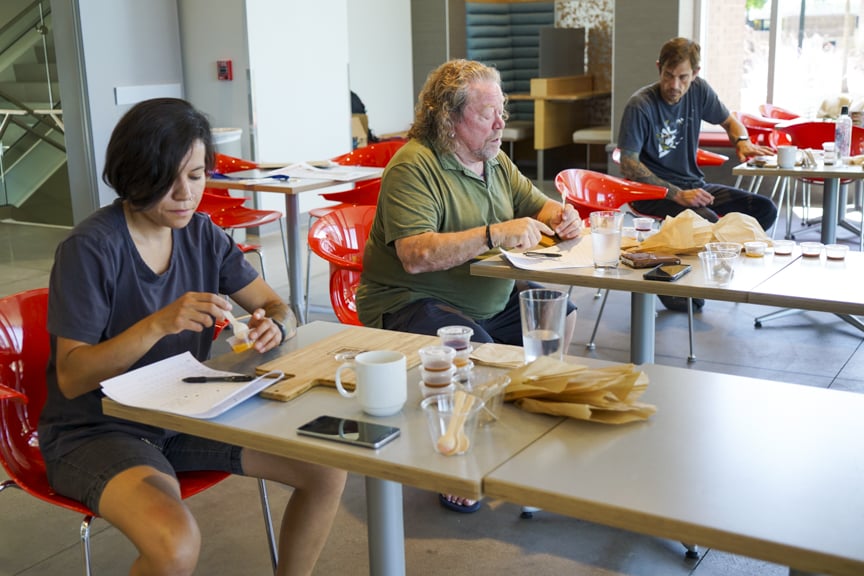 Last year at this time, the newly created Salt Lake Cheese Festival had sold out 300 seats at The Garten outdoor venue. The event had received nearly 14,000 likes on Facebook, and consumers were calling, still hoping to get a ticket.

So for 2020, event founder Steve Jerman arranged an additional day and hoped to triple attendance for the weekend, which one attendee called “low-key fun”. An elaborate Instagram teaser campaign was put into play, postcards were printed and an ad was taken out in a full-color foodie monthly. Ticket sales were launched, and then came the COVID pandemic.

“Around St. Patrick’s day, when everything began to close I was still hopeful,” Jerman explained “Then came the cancellations – for every major event and festival before and after the mid-June dates. The competing Chocolate and Cheese festival, the pride parade, the Utah Arts Festival, on and on until Burningman, at the end of the summer.”

Hoping not to confuse the consumer, but cued to what was happening. The Sunday date was canceled but no ticket sales were made after-everything went into lock-down. Jerman considered what would need to change, such a the cheese buffet and venue occupancy. He then considered consumers discretionary income given the huge number of unemployed, many of which were attracted to the laid back and relatively inexpensive event.

“I wanted to keep some presence if I could, especially if the venue would be open. We’d learned a lot about the virus and I thought we could still take advantage of the date by pivoting to an event where people could come and buy pre-packaged cheese and other fine food, have a drink and relax in the sun, but without the commitments of the large sumptuous festival”, Jerman continued.

So the event has been re-branded as “Cheese Market 2020” and will be presented at the original time and space; June 13, 3:00 to 7:00 pm at The Garten. A local DJ, Hitchhike has graciously agreed to donate his services to the festival, which will be close to what was originally envisioned, given the social distancing and hygiene adjustments most consumers should now be used to.

Jerman’s company Cheese Utah LLC will be on hand selling a variety of local and farmstead cheese and artisan Salami. Butcher’s Bunches who exhibited last year will be back with their hand-crafted preserves. Grandma Sardoni’s Italian Sauces will join them and a food truck, The Lost Bread is scheduled to be serving cheese sandwiches, french toast, and bread pudding. Other cheese plate food vendors have been invited as well.

The Garten’s bar will be serving location sponsor Mountain West Cider’s line of hard cider and locally made craft beer will be available. Z’s Hot Sauce has donated some of their bloody mary mix.

“It will be totally free!” he sums up. “Free for consumer, and for the vendors as well. It’s a way to recognize the changes we’ve all had to go through” (Though food demand at the groceries stores was up, the closure of fine dining venues that have traditionally used high-quality cheese have dramatically affected the total demand.)

The Garten is located at 417 North 400 West, a few blocks north of the Gateway and their bar will stay open after the event has officially concluded. Complete information is available online at SLCheeseFest.com. Interested parties can write cheeseutahllc@gmail.com or call Mr. Jerman at 435-213-5444 with questions.

“Consumers are going to remember the companies that came through for them like the lion that remembered the shepherd in the famous fable. We hope this helps remove a thorn that is 2020” Jerman concluded.